I added two modules to my ff-ad9833: one called notes which handles playing music and rest notes, and another called score which provides a convenient way to lay out a melody of notes in memory and to play them at an arbitrary tempo. My first simple demo is the “Are You Sleeping” tune:

I defined some Forth words such that it is fairly natural to lay out the notes in a memory block. This is what “Are You Sleeping” looks like in Forth code:

Each note, including duration, pitch, and octave, is packed automatically into one 16-bit memory cell, so that not a lot of memory is used.

I learned in the process about the reuse software, which has a nifty reuse lint command which helped me in placing proper licensing and copyright documentation in all my code files. Most free software coders I have come across think very little, if at all, about proper code licensing details. But it is important to make the licensing clear, and clear on all files in the project, so as to make it easier for others to reuse, modify, and share the code with confidence.

The code for the ff-ad9833 project is available to download from this repository:

I think, if I were redesigning my audio module, I might also utilize a diode to prevent current from rushing back from the audio module into the UNO. I’m not quite sure if that is really necessary, but it seems like a good idea. 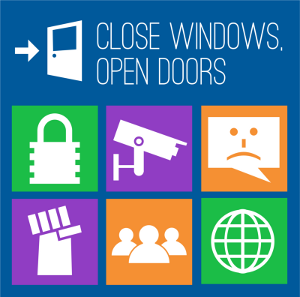